DUMBO, the grand live-action adventure from Disney and visionary director Tim Burton, which expanded on the beloved animated classic and sent spirits soaring, prepares for a landing on June 25. Focus Features 2018 Movie Slate – This is really going to be a great year for the entertainment industry. Make sure to check back on the site often for additional updates as we go through the year. 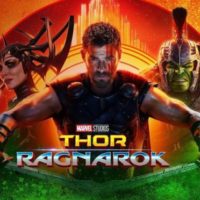 I have a special treat for you all! Our daughter Abbie, is giving us her review of Thor: Ragnarok. What did she think? Here’s a teenage girl’s perspective. I am a DVD.com Director – thanks to DVD.com for sponsoring this post on Classic Classroom Movies. Read on to find a few of my favorite school related movies. The kids are now back in school and the weather is getting colder. Well in our neck of the woods anyway. We’re already feeling the cooler […] Are you a Marshmallow? Veronica Mars is a classic in our house. Thankfully, we can binge watch all 3 seasons anytime we want. We still have a ton of winter left! It seems like it’s never ending. That just means more snuggling on the couch, under blankets and more movie nights! Were your kids fans of Surf’s Up? Surf’s Up 2: Wavemania is now out on DVD and Digital! Pick it up for your next movie night. SURF’S […] Be Swept Away by DreamWorks Pictures’ Romantic Love Story, The Light Between Oceans, NOW on Digital HD and Blu-ray™! Just in time to wrap and put under the tree or add to the Christmas stockings!! Now available – The Secret Life of Pets on Blu-ray and DVD!! What will you put in your BOO kit? Have you heard of Booing your Neighbor? The tradition has been around for several years … From acclaimed writer/director Jeff Nichols, LOVING celebrates the real-life courage and commitment of an interracial couple, Richard and Mildred Loving… 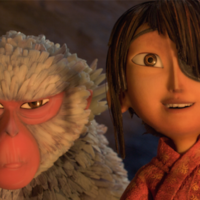 Get an inside look at KUBO and the Two Strings from Director Travis Knight. What went into making KUBO and why it was personal. #KuboMovie 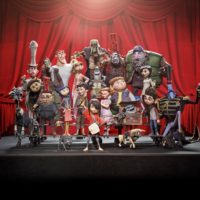 “From Coraline to Kubo: A Magical LAIKA Experience” Debuts at Universal Studios Hollywood for a Limited Time to Coincide with the Film Release of Kubo and the Two Strings, Opening in Theaters on August 19