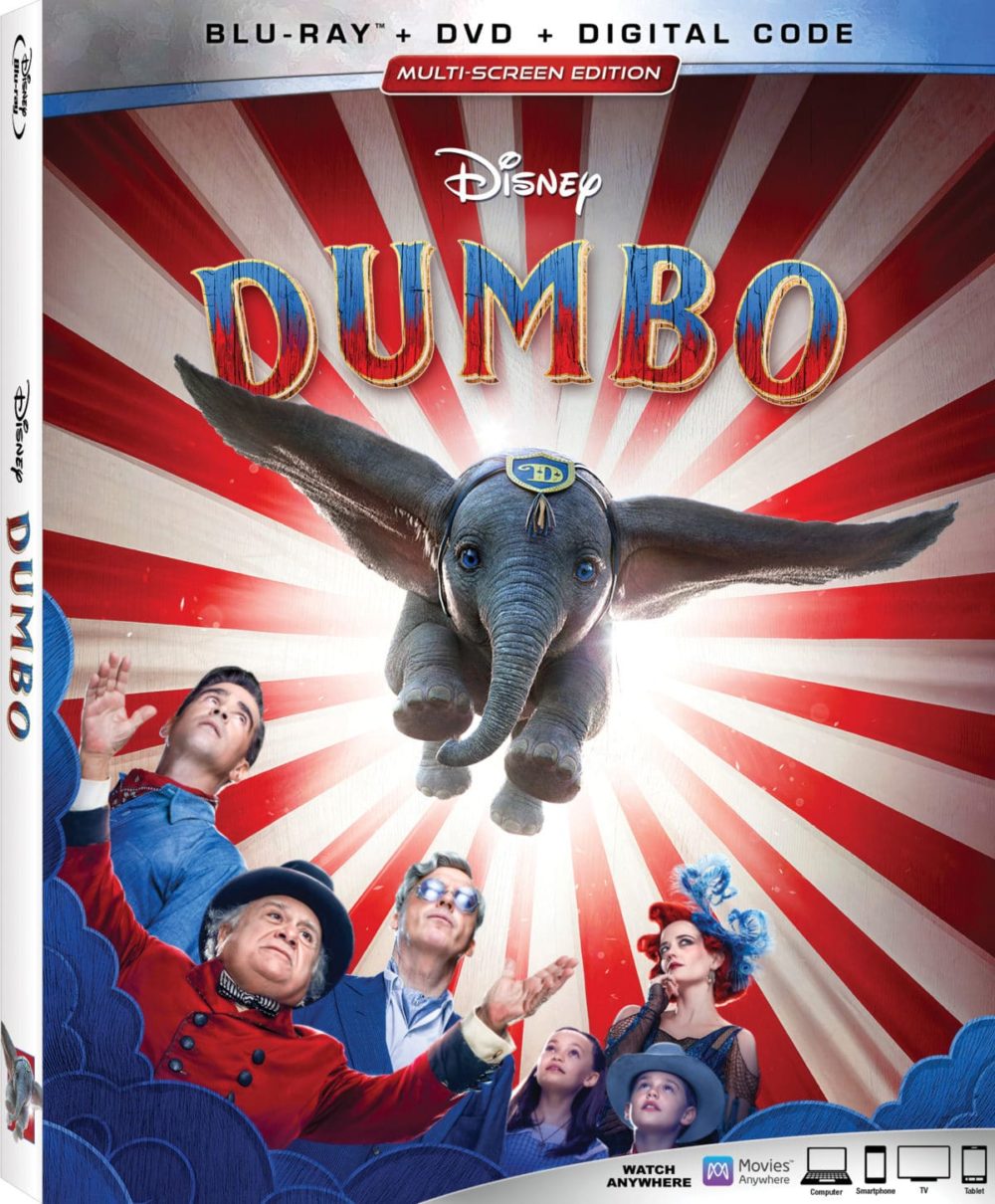 DUMBO, the grand live-action adventure from Disney and visionary director Tim Burton, which expanded on the beloved animated classic and sent spirits soaring, prepares for a landing on June 25. Fall in love again with this heartfelt story when it swoops into homes on Digital in HD and 4K Ultra HD and Movies Anywhere, and physically on 4K Ultra HD, Blu-ray and DVD – with never-before-seen bonus features, deleted scenes, bloopers and more!

Dumbo has always been one of my favorite Disney movies as a kid (and now as an adult). It’s such a classic. And now you can bring the live action Dumbo home to enjoy with your kids. Great movie to enjoy all summer long.

Dumbo also has one of my favorite songs of all time – Baby Mine. I would sing this song to my kids as they were growing up. It’s such a heartfelt song that truly resonates. A video performance of Baby Mine is included as one of the many bonus features.

CIRCUS SPECTACULARS: Dumbo’s cast share their experience of making the film—and get to the heart of a story about family and believing in yourself.

THE ELEPHANT IN THE ROOM: Explore how one of Disney’s most lovable characters went from an animated classic to a stunning live-action retelling.

BUILT TO AMAZE: Get a closer look at the film’s production and costume design.

DELETED SCENES: A compelling collection of scenes that almost made the final film.
Roustabout Rufus
Pachyderm Plans
The Other Medici Brother
Monkey Business
A Star Is Born
Where’s Dumbo
Elephant Heist
A Seat at the Show

EASTER EGGS ON PARADE: Discover the hidden and not-so-hidden nods to the animated Dumbo in this narrated tribute to the Disney classic.

CLOWNING AROUND: Laugh along with the cast in a collection of big-top bloopers and goofs from the set.

DREAMLAND – ANATOMY OF A SCENE: From Final Script to Final Scene: The filmmakers and cast talk a lot about the feeling of “grand intimacy” in the film. Step right up as they bring the Dreamland parade to life, accomplishing the rare marriage of a massive spectacle combined with an emotional tenderness.

Take a look at the Official Dumbo Trailer: