Disney invited me on an all expense paid trip for The Good Dinosaur Premiere and event including The Lion Guard Return of the Roar. However, all opinions are my own. 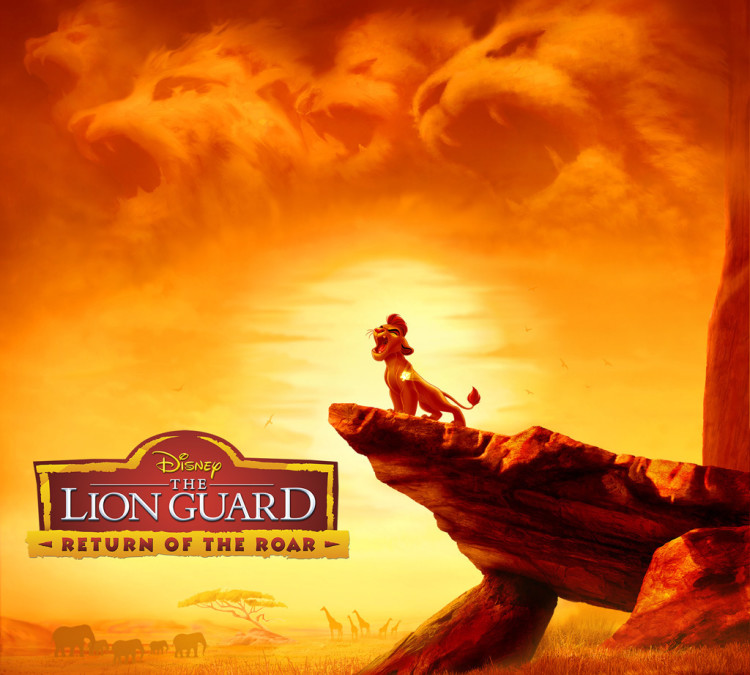 The Lion Guard Return of the Roar 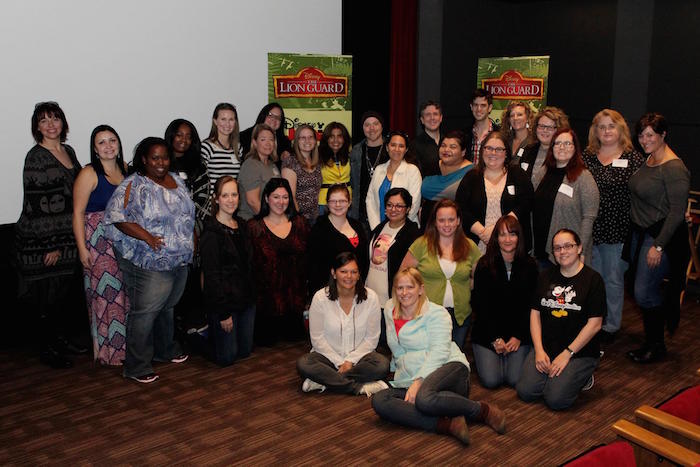 As a part of our recent press trip in LA, we got to take a sneak peek at Disney’s new The Lion Guard Return of the Roar. I don’t know about you but I loved the original Lion King so I was excited to see where they were taking the story.

I thought the show was very cute. It’s great for all ages but I think the younger ones are going to really enjoy it. There are some great messages in the show and fun new characters.

We sat down with creator and Executive Producer, Ford Riley, Composer Christopher Willis, Singer/Songwriter Beau Black, and Swahili Consultant Sarah Mirza. They are all so very passionate about this new show and you can tell how much they enjoyed making it come to life. I love getting an inside look at the behind the scenes. How the movie is made, how they come up with the songs, how they came up with the storyline, etc. Take a look at some of my favorite moments from The Lion Guard Return of the Roar Q & A.

Beau Black when asked how many songs he threw out when composing for The Lion Guard. “It was smooth sailing. There’s a sound that has been established for it … each character gets its own sound in the songs.”

The Lion Guard characters each have their own unique personalities and they have different points of view. They are at odds sometimes and have to work together. Their job is to defend the circle of life. In this context means not using more than you need. There is a conservation message that isn’t overt, but is within the story. -Ford Riley

Beau Black said they wanted to make the music “as fun as possible. More modern, but with African influence.” There will also be a song in every episode. I was able to ask a couple of questions myself. It seems that I just can’t wait for future episodes and just wanted spoilers. 😉 I asked what other “bad guys” were we going to see in the series. Ford let us know “in the first episode we’re going to see a hyena…a good hyena.” There will also be a husband and wife jackyl team, a crocodile (bad guy), and a vulture in this season.

I also asked if we were going to learn the back stories of some of the other characters including their families. The answer was yes. We’ll get to see some highlights of each of the characters, where they came from, their parents, etc. I’m excited about that. There’s some really great new characters that we get to meet and I know our kids will love!

Here are some examples. I think we’ll be hearing our kids using these very soon!!

And some other fun ones

I was live tweeting during our interviews. You can see some other fun highlights from the event here including our exclusive interview with Animal Kingdom’s Dr. Jill Mellen: #LionGuardEvent tweets. Dr. Jill Mellen consults on the script to make sure that the show is staying true to the animals. What they would/wouldn’t do, etc.

Here’s one of my favorites from Executive Producer, Ford Riley:

Show us your ROAR! Share your best “ROAR!” with #ReturnoftheRoar and Disney will donate one dollar up to $25,000 through the Disney Conservation Fund. Post during the week leading up to the Premiere of “The Lion Guard: Return of the Roar” on November 22nd. Sherry from Family, Love and Other Stuff and I had a blast with our ROAR! Check it out:

I am Lion hear me roar! #returnoftheroar #LionGuardEvent #GoodDinoEvent   A video posted by Dawn (@bloggingmomof4) on Nov 18, 2015 at 11:33am PST

Check out The Lion Guard Printable Activities for more fun (click and scroll to the bottom).

The Lion Guard: Return of the Roar premieres on The Disney Channel on Sunday, November 22, 2015 and airs at 7 PM.

Check out what my fellow bloggers thought of The Lion Guard Return of the Roar: