Are you a football fan? If so, I’m guessing you may be watching Monday night football tonight. If you’re not a football fan but you ARE a Star Wars fan, you may want to tune in anyway!!

Lucasfilm announced today that the STAR WARS: The Force Awakens Trailer will debut on ESPN’s “Monday Night Football” on Monday, October 19, during halftime of the National Football League (NFL) game between the New York Giants and the Philadelphia Eagles in Philadelphia. The game starts at 5:15 p.m. PDT/8:15 p.m. EDT. The Spanish language version of the trailer will air on ESPN Deportes simultaneously.

So you know where I’ll be tonight!

To commence the countdown for the trailer launch, today Lucasfilm released the STAR WARS: THE FORCE AWAKENS poster worldwide. 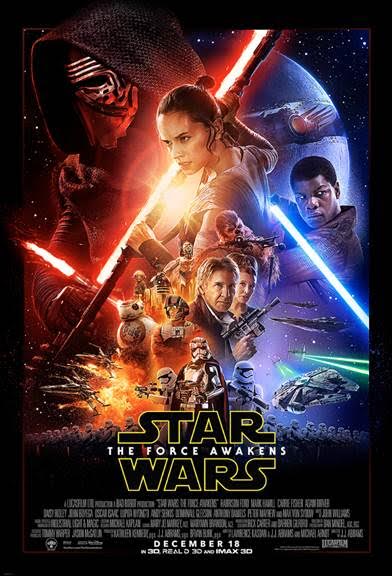 Isn’t it amazing?? I’m so excited!

Following the trailer launch, tickets to the highly anticipated cinematic event will be on sale everywhere movie tickets are sold.