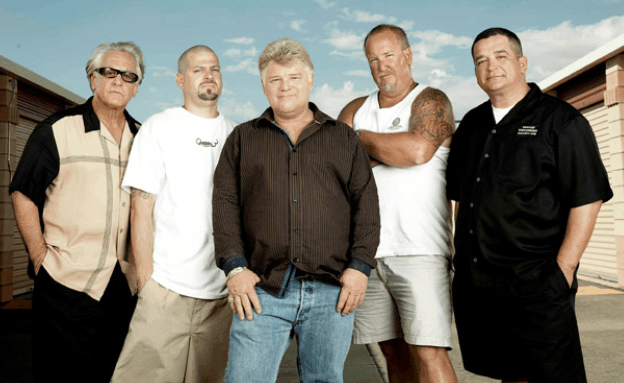 I just read on ABC News that one of the stars of the show “Storage Wars,” Dave Hester filed a lawsuit against the company that produces the show. Claiming wrongful termination, breach of contract and unfair business practices, among other charges. (Granted this news is already a month old…I’m just now starting to watch the show and now seeing there’s trouble in paradise).

Hester supposedly complained about the show’s practices and then was fired from the show.

“[The] defendants … would like the public to believe that the Series presents a genuine and accurate portrayal of the abandoned storage locker auction process,” the lawsuit states. “The truth, however, is that nearly every aspect of the series is faked.”

Hester alleges that producers “regularly plant valuable items or memorabilia” in the storage units on the show and have even gone “so far as to stage entire storage units.” He says the show gets the memorabilia or antiques from a company called Off the Wall Antiques, which is regularly featured in the series.

The show claims that nothing is staged.

Hmmm…so what do we believe?

I Love watching shows like Storage Wars, House Hunters and all those house renovation shows. It’s just nice to vedge out in front of the TV watching shows like these before bed. Yes, I realize that there has to be some production value to them and they are not completely 100% real. But seriously…do they have to actually fake them or rig them? If it’s a reality TV show, faking it doesn’t make it real anymore then right?

It’s entertainment and we are being entertained but at a certain point, when the show crosses a line and starts faking or rigging things to make the show more interesting, then we as viewers can tell. We’re not dumb. We know that when the storage unit is completely full of junk except for one tiny little diamond in the rough, something is fishy.

What do you think? Does it make a difference to you if the show storage wars a fake or rigged?