Head Down the Rabbit Hole to Defend Wonderland in “Alice in Wonderland: A New Champion” Mobile Game from Disney Interactive 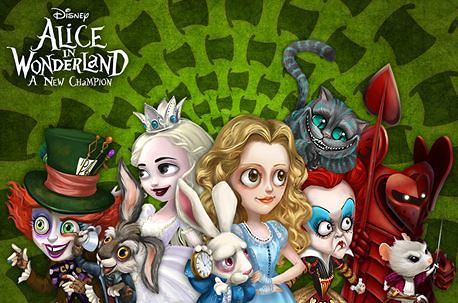 Check out the new mobile game from Disney:

Disney Interactive announced today the launch of the free-to-play mobile game “Alice in Wonderland: A New Champion”, a vibrant world inspired by the hit live-action film, on iOS and soon on Android devices. Players experience the unbelievable sights and curious mysteries of Wonderland while they fight to thwart the return of the dreaded Red Queen and her minions.

Players tumble through the rabbit hole into this fantastical land and work with the story characters to help rebuild Wonderland and set things right. Along the way, they will solve riddles, craft tools, and assume the mantle as the White Queen’s Champion in order to help Alice save Wonderland from the scourge of the Red Queen.

• Familiar friends, like Alice, the Mad Hatter, the White Rabbit, and the March Hare.

• Crafting tools and resources to help the denizens of Wonderland survive and flourish.

• Whimsical riddles and make sense of the twisty illogic that characterize the delightful and intriguing Wonderland.

“Alice in Wonderland: A New Champion” can be downloaded via the App Store at http://bit.ly/19PGNZy

My daughter just started testing out the game. She’s having fun so far but has just started doing quests. She did say that the characters look a little creepy. 😉 Not scary but creepy with their big eyes.