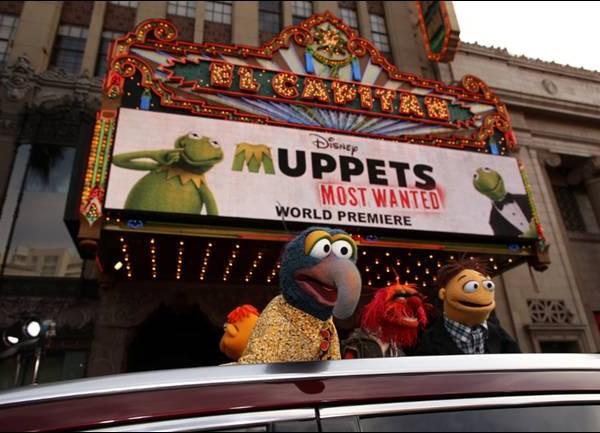 Muppets Most Wanted is hitting theaters TODAY! Do you have plans to see it this weekend? It’s a great movie. If you’re already a Muppets fan, you’re going to love it. And if you’re new to Muppets, there’s plenty of humor to make you a new Muppets fan! Not only is the movie great but so is the soundtrack! The songs are catchy and fun to listen to and sing along.

The entire Muppets cast and crew are back in this great sequel. Even the newest Muppet – Walter. The gang meets up with Dominic Badguy…who (spoiler alert) actually turns out to be the ‘bad guy!’ Dominic promises to book the Muppet Show in the best locations around the world. Starting off in Berlin.

Dominic sets his evil plan into motion and the Muppets gang get caught up with none other than Constantine – a Kermit double and “bad frog, bad frog.” But surely the gang realizes this is not Kermit right?? 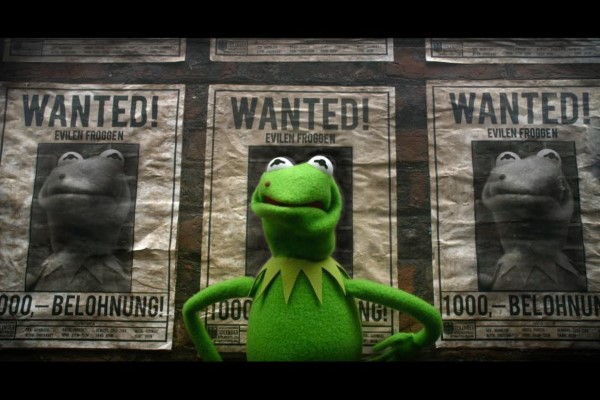 You’ll just have to see what happens yourself.

Here’s the official synopsis of Muppets Most Wanted:

ire Muppets gang on a global tour, selling out grand theaters in some of Europe’s most exciting destinations, including Berlin, Madrid and London. But mayhem follows the Muppets overseas, as they find themselves unwittingly enta

ngled in an international crime caper headed by Constantine—the World’s Number One Criminal and a dead ringer for Kermit—and his dastardly sidekick Dominic, aka Number Two, portrayed by Ricky Gervais. The film stars Tina Fey as Nadya, a feisty prison guard, and Ty Burrell as Interpol agent Jean Pierre Napoleon. Disney’s “Muppets Most Wanted” is directed by James Bobin and produced by David Hoberman and Todd Lieberman. The cast in the Muppets Most Wanted is awesome! I love Ricky Gervais, Tina Fey and Ty Burrell. All amazing actors. They do an awesome job in the film.

Make sure you grab the family and head out to see Muppets Most Wanted this weekend!