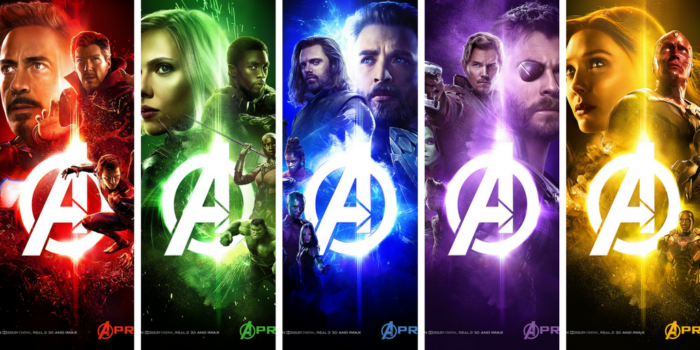 We’ve got Marvel News!! First up, there is a new Infinity War trailer out, plus new posters. Watch the new trailer first and then check out our update video. Also announced: Captain Marvel is now in production!! Full information on all of today’s Marvel news below.

LOS ANGELES, CALIF. (March 26, 2018) – Marvel Studios has begun principal photography in Los Angeles, California, on its newest film, “Captain Marvel.” The production is shooting in and around the greater Los Angeles area, which will also serve as the production base for the film. The production will also shoot on location in Fresno, California, as well as locations in Louisiana, including Baton Rouge and New Orleans.

The story follows Carol Danvers as she becomes one of the universe’s most powerful heroes when Earth is caught in the middle of a galactic war between two alien races. Set in the 1990s, “Captain Marvel” is an all-new adventure from a previously unseen period in the history of the Marvel Cinematic Universe.

With the release of “Black Panther” in February, Marvel Studios continued its unprecedented success. At the time of release, the film recorded the second biggest opening weekend of all time with $202 million and is on track to the become the highest grossing superhero film at the domestic box office. The film has grossed over $1.1 billion worldwide to date. “Black Panther” propelled the Marvel brand’s #1 domestic box-office opening streak to a record-breaking 19 consecutive films.