This is a Sponsored post written by me on behalf of Arby’s for SocialSpark. All opinions are 100% mine. 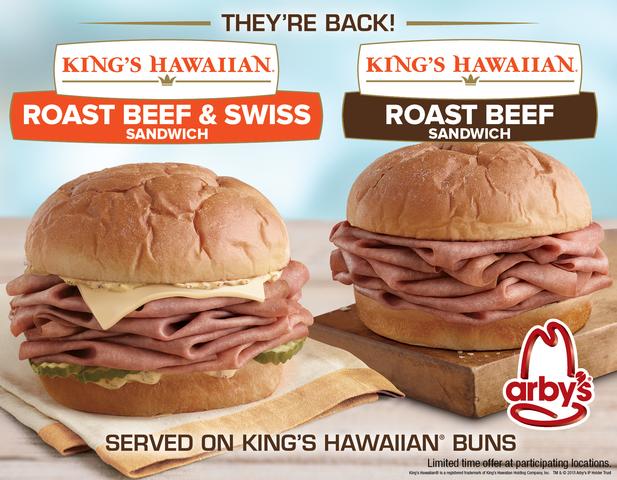 There are TWO KING’S HAWAIIAN sandwiches to choose from:

I posted about these sandwiches when Arby’s first came out with them. They are so incredibly yummy! I love Arby’s roast beef sandwiches normally but when you put all of that goodness on a King’s Hawaiian bun, it just takes it to a new level. I’m seriously hungry just writing about it. 🙂

Have you tried King’s Hawaiian buns before? If you have, then you know what I mean. There is nothing like them and when combined with Arby’sroast beef, it’s the perfect sandwich!

They are only back for a limited time so make sure you Find an Arby’s near you and grab one! Are you on Twitter? Make sure you follow @Arbys on Twitter.

Have you tried the Kind’s Hawaiian sandwiches when they first were out? Did you love them? Leave a comment and let me know! I think I’ll be heading to Arby’s for lunch today.