Last, but certainly not least in my Ratchet And Clank interview series, is James Arnold Taylor voice of Ratchet. James has an incredible bio full of voice acting that he’s done. You might recognize a few: Obi-Wan Kenobi from Star Wars: The Clone Wars (2008), Leonardo from Teenage Mutant Ninja Turtles (2012), Johnny from Johnny Test (2005), Green Arrow from Batman: The Brave and the Bold (2008), Harry Osborn from The Spectacular Spider-Man (2008), Ratchet from the Ratchet & Clank (2002) video game series, and Ash from The Animatrix (2003) just to name a few. 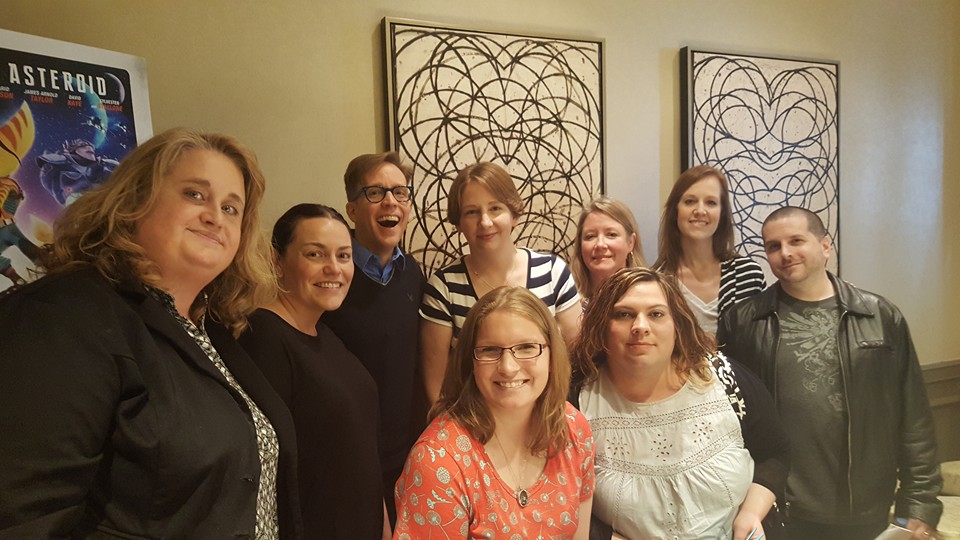 There is so much awesome from this interview. Too much to put into one post so I decided to narrow it down to my favorites. James discusses encouraging people to follow their dreams, positivity and inspiration.

There was a theme in Ratchet and Clank to follow your dreams. Here’s what James had to say about following your dreams.

I think it’s pretty awesome, you know – it’s this wonderful thing of the underdog. And I kind of look at myself like that too, as I’ve always wanted to do these things. It’s been my dream to be a voice actor since I was four years old. And here we are now with this. And I get to have my name on a poster with Bella Thorne. That’s pretty darn cool. So – dream achieved. So yeah, I think it’s really important. And I think it’s a wonderful theme that kids, and families – and families can go together and see this movie. And they can see that sometimes your heroes aren’t exactly what they thought, and you can still pursue your dreams, and be the good guy, and save the day. Yeah, pretty cool.

James is just such a positive, wonderful person to talk to. He’s really very inspirational to hear how he followed his dreams. He actually has a book out called, JAT 365: 365 inspirations for the pursuit of your dreams. When asked if he thinks he’s gotten a lot opportunities because of his positive attitude, this is how he responded.

I’d like to think so. Yeah, I think it really is. Thank you, by the way, and thank you for getting the book. And it’s a little book, Daily Inspirations, 365 Daily Inspirations for the Pursuit of Your Dreams. And it’s a journal – I want other people to be able to achieve what I’ve achieved in my life, as a kid that sat there at four years old going, “I want to do voices.” And I pursued it with a passion. And here it is. And I tried to stay positive. And I had a lot of crazy stuff going on around me as a kid, and stuff that kids shouldn’t see. And so I thought, “I want to stay positive.” And it was really what kept me alive in some of those instances. So I know for a fact that it plays a part in my life, and it plays a part in my career. And I’m so grateful to be here with these incredibly talented people.

As a follow up question to that, James was asked what the best encouragement was that he’s gotten or best advice. He mentions a man by the name of Don Messick.

So when I was 19 years old – there’s a fellow by the name of Don Messick. Now, some of you may know Don, but you certainly know his voice. He was Scooby Do. He was Papa Smurf. He was Mr. Ranger. He was Boo Boo Bear. And he lived not too far from me. I grew up in Santa Barbara, California. He lived there. And I was working in radio. And we did a commercial together in his home studio. And I went, “This is the best thing in the world. I’m gonna do that someday.” So I called him up – he was in the phonebook. And I called him up after we worked together, and I said, “Hello, Mr. Messick, we worked together. And I was just wondering if maybe I could take you to breakfast some time, and I’ll buy it. You know, it’d be wonderful to talk to you about voiceover, and it’d be really great if you could just talk…” And he was like, “Yeah, sure, fine.” I went, “Okay.” And he took me to breakfast, and talked to me, and told me stories about being Droopy Dog, and Scooby Do, and all of that. And it was so inspiring, and he was so wonderfully humble, and giving of his time. And I thought, “I – I gotta do that.”

I just love to hear people talk about achieving their dreams and their inspiration. So awesome!

That wraps up our interviews from the Ratchet and Clank press event. Stay tuned for my thoughts on the movie!