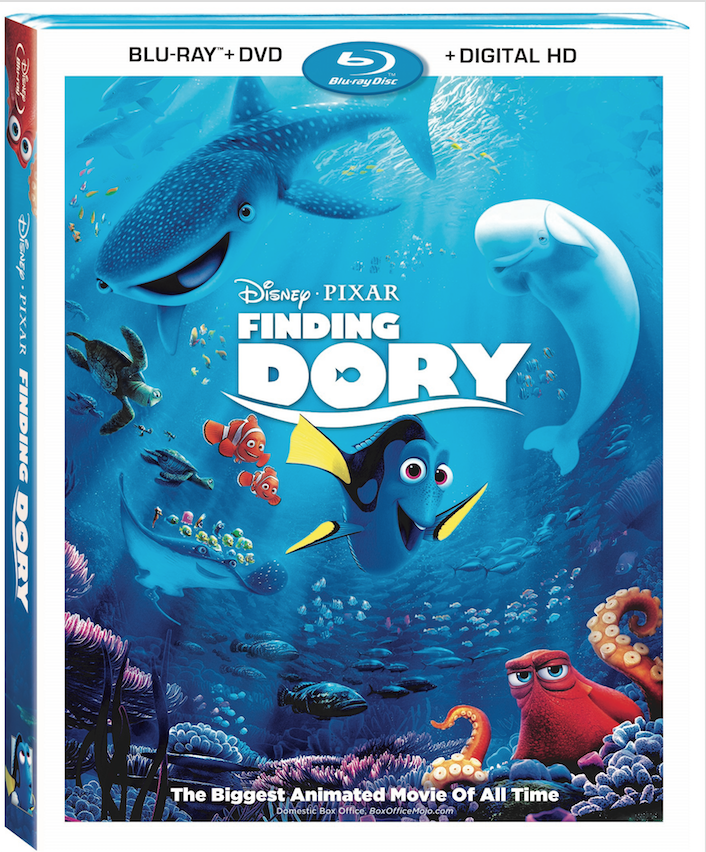 Have you gotten your copy of Finding Dory? It’s available now with a ton of extra bonus features!

We got our copy and watched it. The kids said we’re going to be watching it a lot more in the next couple of weeks too. 😉 I think I love my oldest son’s reaction the best. He loved Finding Nemo so he really had a lot of nostalgia watching Finding Dory. He’s 17 and for him to say how much he loved it, is a big deal.

We had fun going through all of the extras too.

Here’s a peek at want’s included:

NOSTALGIC WHEELS – The truck that is featured late in the movie features a logo from the 1986 short “Luxo, Jr.” produced by Pixar and directed by John Lasseter. The short’s success helped launch the studio, and the image of the desk lamp appears in Pixar’s iconic logo today.

The license plate on the truck sports A113, which is reminiscent of the CalArts classroom for first-year graphic design and character animation where many of the artists and animators at Pixar began to build their craft.
Sets Art Director Don Shank’s name can be seen in the truck’s grill.

TAG IT – The tags donned by the lazy sea lions snoozing outside the Marine Life Institute together bear the iconic A113. While Rudder’s tag reads A1, Fluke’s says 13.

FIELD TRIP – Riley from 2015’s “Inside Out” appears in a group of kids touring the Marine Life Institute. She is clearly featured in a frame with Dory.

MAP IT – The registration number for the zodiac boat that picks up Dory in the bay outside the Marine Life Institute is PA1200, which represents Pixar’s address: 1200 Park Avenue.