There are plenty of challenges in life, but the one that most people seem to struggle with is money. And it’s not hard to see why: in many cases, it can feel as if the financial game is set up to stop people from succeeding. If you allow it to develop on its own, then it should come as no surprise if you’re not quite on top of your finances as you could be. If you’re going to stay financially healthy on a long-term basis, then you need to take control of all things related to your finances. In this blog, we’re going to take a look at some of the key actions that’ll push you in the right direction. 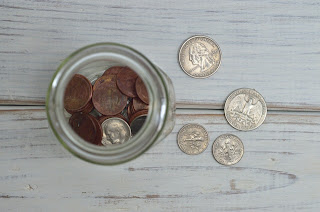 It’s oh so easy to bury your head in the sand when it comes to your finances. For starters, it’s not that exciting. Second, if you know that you’ve made some errors, then it’s tempting to take the ‘ignorance is bliss’ route. However, you can’t hide from the truth forever. If you’re going to have your money in shape over a long period, then you’ll need to get an overview of your incomings and outgoings. It might be uncomfortable, but it doesn’t matter even if your finances are a mess — by getting an overview of your money, you’ve taken the first step towards a better future.

There’s nothing worse than living with debt, especially if it’s beginning to feel insurmountable. While you might want to make plans for the future, you just can’t dream big if you’re paying too much each month, just trying to pay down your debt. But here’s the thing that everyone should know: all debt is surmountable. There are services that can help to make your debt a thing of the past. Debt to Success System is 100% legitimate and will put you back in control, not just of your finances, but of your life. Once you’re free from debt, you’ll be able to move forward towards a brighter financial future.

You may be able to live comfortably on your salary right now, but what about in the future? A lot of people assume that they’ll have their jobs forever, but there are many who will be surprised in the coming decades. It’s estimated that 40% of jobs could be lost to robots and AI in the next twenty years, and not all of these jobs will be low-skilled. If you want to keep earning a good salary, then it’s important that you investigate the prospects of your own career. Is it as secure as it could be? If not, then work now to make sure you’re still needed in the future. It might be worthwhile returning to education to top up your skills. Yes, it’ll be an expense, but if it allows you to earn a higher salary now and in the future, then it’ll be worth it.

Knowledge really is power. Make a habit of reading financial blogs, listening to podcasts, and so on, and you’ll pick up plenty of money related tips and tricks. The more you know, the less likely it is that you’ll fall into financial difficulties. It’s an ongoing journey that’ll serve you well.

Your financial standing could be good right now. But things will change. You might have two children now, but four in the future. One way to preserve your financial health is to think about what could be on the horizon. This will give you a chance to plan so that you can meet those added responsibilities as and when they arrive. Though remember that you can’t always predict the future! Surprises do happen. For that reason, it’s a good idea to create an emergency fund, so you can handle whatever comes your way without having to take out a loan.

When we talk about long-term financial health, we’re not just talking about creating it for ourselves. We’re creating it for our family. If you want your children to have a solid financial future too, then it’s important that you’re teaching them good financial habits. While it would be good if they taught these things in school, the truth is that that isn’t going to happen. It’s up to parents. If you can instill good financial habits into your children at an early age, then they’ll be able to avoid many of the financial mistakes that others will make when they’re older.