Thank you to Focus Features for sponsoring this Darkest Hour giveaway promoting the movie Darkest Hour. Giveaway prizes will be mailed to winners by the sponsor. Blogging Mom of 4 is not responsible for prize fulfillment. 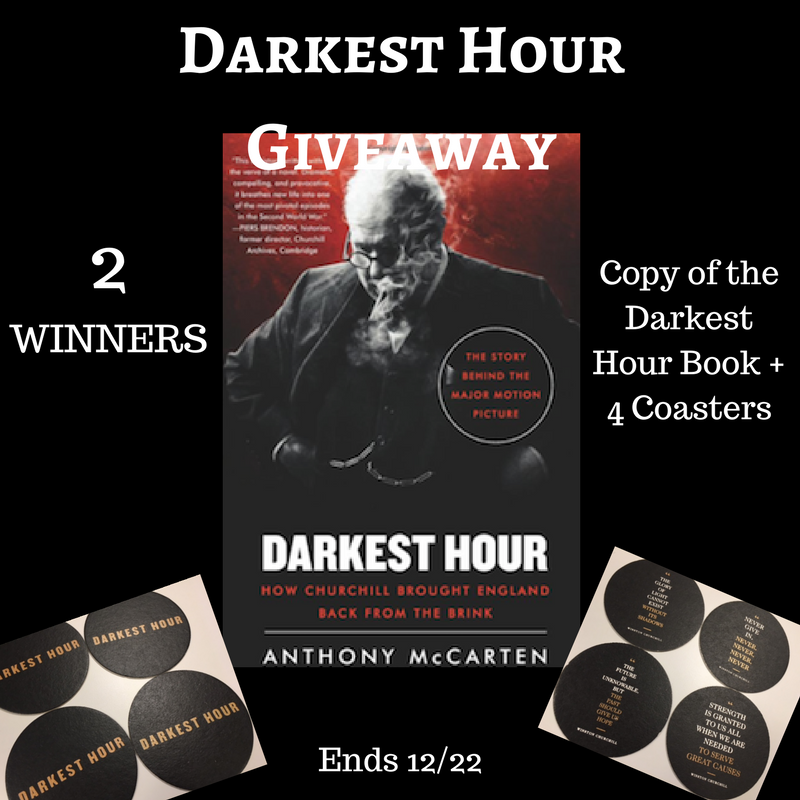 During the early days of World War II, with the fall of France imminent, Britain faces its darkest hour as the threat of invasion looms. As the seemingly unstoppable Nazi forces advance, and with the Allied army cornered on the beaches of Dunkirk, the fate of Western Europe hangs on the leadership of the newly-appointed British Prime Minister Winston Churchill [Academy Award nominee Gary Oldman]. While maneuvering his political rivals, he must confront the ultimate choice: negotiate with Hitler and save the British people at a terrible cost or rally the nation and fight on against incredible odds.

Directed by Joe Wright, Darkest Hour is the dramatic and inspiring story of four weeks in 1940 during which Churchill’s courage to lead changed the course of world history.

While you wait for Darkest Hour to hit theaters, enter the Darkest Hour Giveaway. (2 Winners)! Prize pack includes a set of 4 coasters and 1 paper back copy of Darkest Hour book!

Darkest Hour Giveaway will run through 12/22! Enter to win below. Good luck!