I was given an all expense paid trip to cover Cars 3 and also the Animated Short LOU. All opinions are my own. #Cars3Event 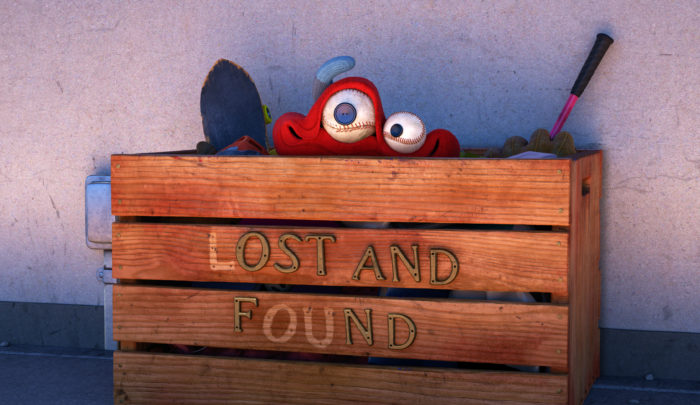 When a toy stealing bully ruins recess for a playground full of kids, only one thing stands in his way: the “Lost and Found” box.

For Director Dave Mullins, who moved frequently as a youth, creating a hidden character was the initial inspiration for his short film “LOU.”

To a new student first days at school can be isolating and scary, recalls Mullins “You either feel invisible because you don’t know the other kids or you’re embarrassed and you want to be invisible. I thought it’d be really cool to have a character who could hide in plain sight.”

Lou must manage the unkind behavior of the schoolyard bully J.J., who has not yet learned that giving can be so much more fulfilling than taking away.

“Bullies are usually just acting out because they’re awkward or young and don’t have their moral compass set. In a weird way, they sometimes feel invisible, too,” Mullins says. “If you can find out what their motivations are, maybe you can solve some things. “That’s what I like about Lou: True happiness comes from giving,” the director says. “Lou gets J.J. to understand that.”

We were very fortunate to get a presentation of the making of the animated short LOU from Director Dave Mullins & Producer Dana Murray. Director Dave Mullins has been pitching short film ideas since 2005. Dave told us that John Lasseter and Pixar Films have very specific elements to make a great film: heart, entertainment, setting, and animation which helped him develop his pitch. Finally he hit the mark in 2012 when he pitched “Lost and Found.” Dana Murray joined the team in 2015 as producer. The two seemed to work really well together and hit the ground running. Even though they ran into a 6 month pause while The Good Dinosaur was being made. Movies always come first with Pixar. It was interesting to hear the concept behind J.J. (the bully). Dave said that the story needed to keep J.J. mean as long as possible. Then the viewer is able to feel the shift and be more invested. Side note on J.J. Dave actually chose the name in honor of his mother, Joyce Jean. However, his mother doesn’t quite understand why her initials were used for the bully. Dave continues to try to explain to his mom that he didn’t do it because he thinks of his mom as a bully but because he wanted to honor her. Dana Murray told us that in the beginning, everything about LOU was animated by hand, like stop motion. The final version of LOU was created by Albert Lozano. Dave also explained how they came up with the final version of LOU. You’re going to love this little guy when you see him. Dave and his wife were actually playing around with different props and LOU came to be. 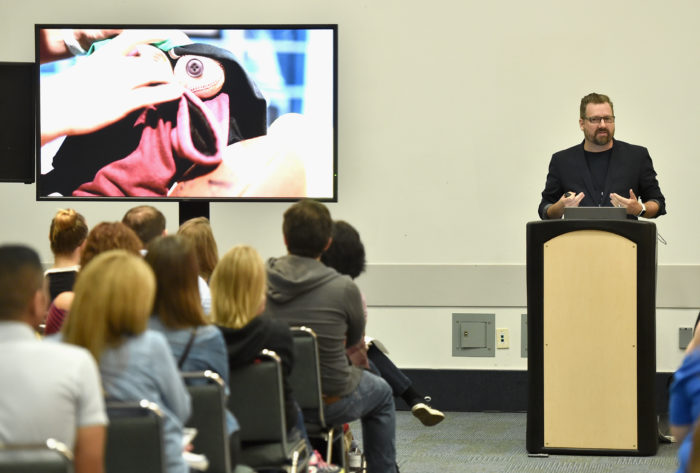 As for the toys used in LOU, they wanted to use more timeless, classic objects that would stand the test of time. The playground that they used is actually based off a typical elementary school. They would go on location to research. This animated short LOU is so heartwarming and touching. It always amazes me how much they are able to convey without any words.

If you have yet to see Cars 3 and animated short LOU, go see it! Let me know what you thought in the comments below.

Cars 3 and animated short LOU are now in theaters!